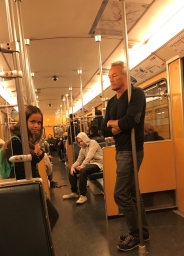 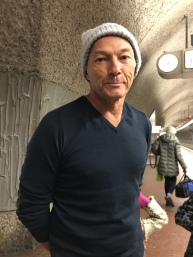 My deep roots are German on both sides of my family so this country understandably has a familiar and comfortable ‘feel’ to me personally. I last visited Nuremburg when I was a senior in high school (way back in the time machine in the year 1975). I was a regional winner in a national high school German language contest and the prize was a trip to Germany along with several dozen other high school students from all over the country. Each student was placed with a German host family where we ‘lived’ for several weeks and also attended school for a brief period. There were special bus trips arranged to Munich and Berlin (at that time there was still an East Berlin under Russian occupation and West Berlin). I recall that we were even briefly allowed to cross the check-point into East Berlin as part of the trip! Of course, there were also a few visits to some famous medieval castles. After countless years of  ‘not using it and losing it’, my German is now very rusty to say the least and I now wish that I had the time to ‘relearn’ German again before embarking on this admittedly impulsive world travel adventure with my family. But we have not had any real communication problems since most of the locals that we have interacted with speak at least a little bit of English.

My father’s family hails from the Nuremburg area and I recall him telling me about one of his first jobs as a youth working for Grundig. I miss my father very much and some days it is hard to believe that it has been almost 18 years since his passing in 1999. In a couple of days we plan to take a short bus trip to the neighboring village of Rostal where my grandfather on my father’s side is  buried in a church cemetery. I recall my father telling me that his father was somewhat of a dissident and frequently got into trouble with the authorities. I regrettably never met my grandfather since he died in his 50’s and never made it to America with the rest of his family that emigrated after WWII ended. I see this as a rare opportunity for our girls to visit the cemetery of their great-grandfather and to learn a bit of their ancestry. 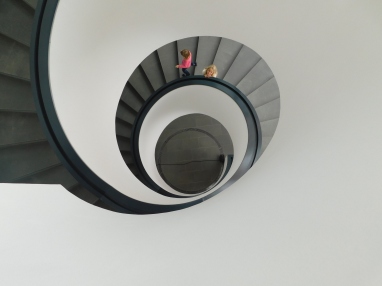 Emboldened by our experience with the public transportation system in Barcelona, we decided to take the subway (U-bahn) to explore the Altstadt (literal translation: old city) a couple of days ago. There is an intriguing mixture of very old and very new buildings. One building in particular caught my eye; the Neues Museum (literal translation: new museum). It was a museum of contemporary-modern art. No old masters adorning the walls of this museum and frankly, while quite interesting nonetheless, the interpretation of the artists’ intent is usually a bit of a head scratcher. You can decide for yourself from some of the photos attached to this blog. Even if the art exhibits failed to inspire me, the buildings’ architecture and helical stair did impress me.

“This is how I want my room Daddy”

Can we go to the gift shop now? 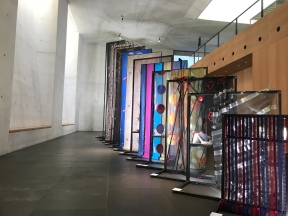 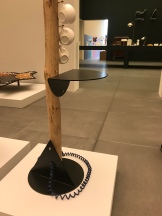 On Friday, we visited the Rudolph Steiner-Schule (Waldorf School) in Nuremburg. We contacted the schools’ secretary thru their website (all in German of course) and requested permission to visit the school with our three children who attend the Haleakala Waldorf School on Maui. The secretary was very accommodating and arranged for one of the schools’ teachers (Julia Schlagbaum) to greet us and give us a private tour of the campus and to answer any questions. Julia teaches French and English at this school (which are the two languages that are taught at this Waldorf School as part of the curriculum). We learned from her that the Nuremburg Waldorf School is one of the largest in Germany with approximately 950 students in grades K, 1-13. It was raining pretty hard the day that we visited the school so we only got a quick tour of the grounds but enough to recognize the Waldorf gardening area and extensive playground areas. We also got to visit the 4th grade classroom and noted the familiar artwork on the walls and chalkboard (celtic knots) and the kindergarten classroom. A large addition was constructed about 17 years ago that included a ‘bistro’ gathering area at the main level which appeared to be very popular with the staff and older students. We also saw the impressive kitchen which prepares the hot lunches daily (3.75 Euros). The tuition is a surprising 350 Euros per month with even lower rates for siblings…..hmm. All in all, it was a good experience for all of us (even our youngest girls, Eleanore-2nd Grade and Grace-Kindergarten) to see and connect with another Waldorf School on the other side of the world! As we were leaving, the schools’ secretary surprised us by giving us a copy of the book “Der Sonne Licht” (translation: The Sun’s Light), which is a wonderful compilation of poems and stories used as a textbook by Waldorf teachers.

Frau Schlagbaum and the Girls 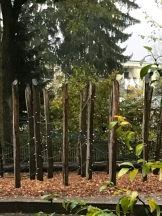 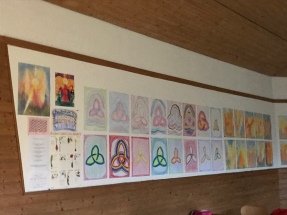 Saturday we started out with the intent of visiting a popular Toy Museum (Spielzeugmuseum) which displays over 600 years of German toy history and instead ended up at a Kindermuseum (Children’s Museum) instead (I misread the city map!) We decided to check it out since our children were already familiar with similar museums in other cities (St. Paul, Minnesota and Chicago). The very interactive museum was a big hit and we spent several hours on the three floors of the building which covered everything from life at the turn of the century to organic farming, sustainable development and greenhouse gases (ie., global warming – of course). 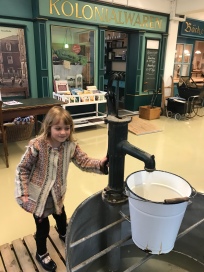 Pumping water from a well 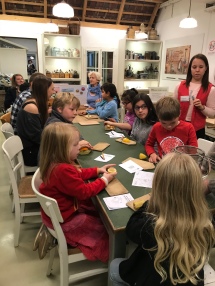 Preparing fruit for a Smoothie 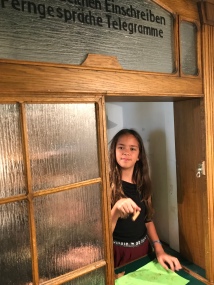 We also managed to get a ‘bit of shopping’ in as well! More posts to come. Stay tuned.

6 thoughts on “Nuremburg, Germany…my return to the Fatherland”